Our first week in Bolivia was spent in La Paz. There is surely no other city on Earth like it... 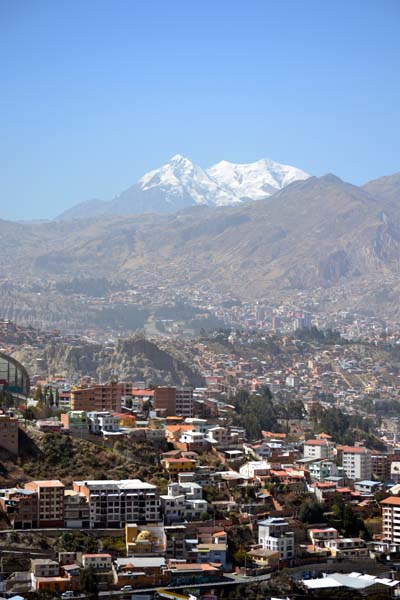 The city is surrounded by mountains: the highest is Illimani (6438 metres) Another view of Illimani, from a high view point looking across the city 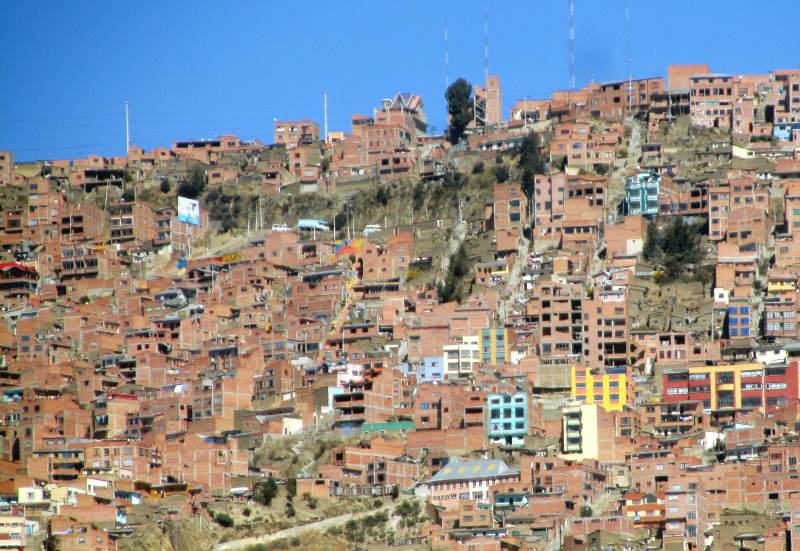 The built-up area extends all the way up the mountains and overflows on to the plateau above,
where the new municipality of El Alto is located 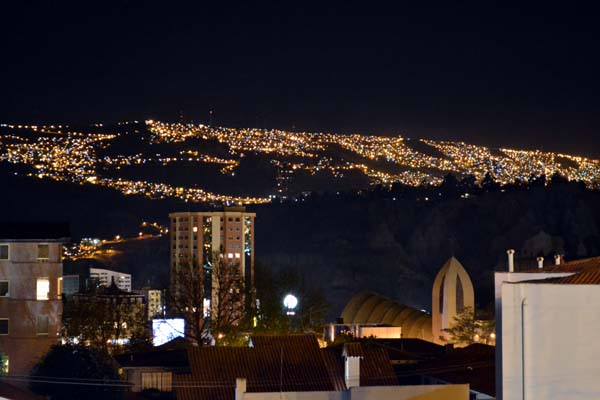 At night, the street lights on the mountains are visible all over the city 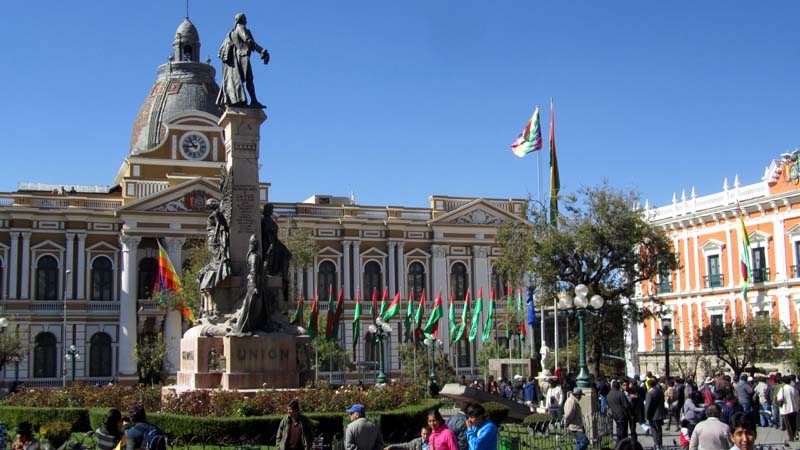 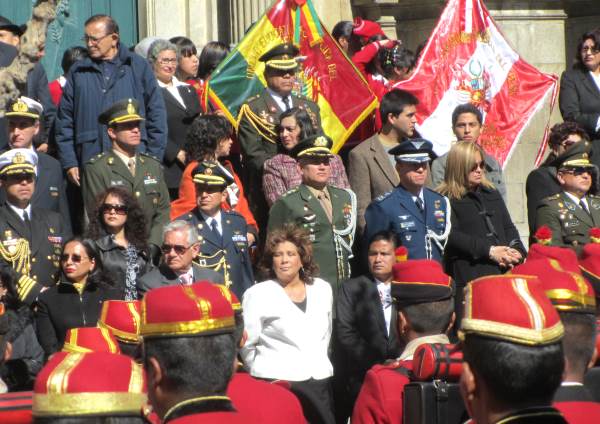 Our visit coincided with Peru's Independence Day.
President Morales held an official celebration with the Peruvian ambassador in Plaza Murillo 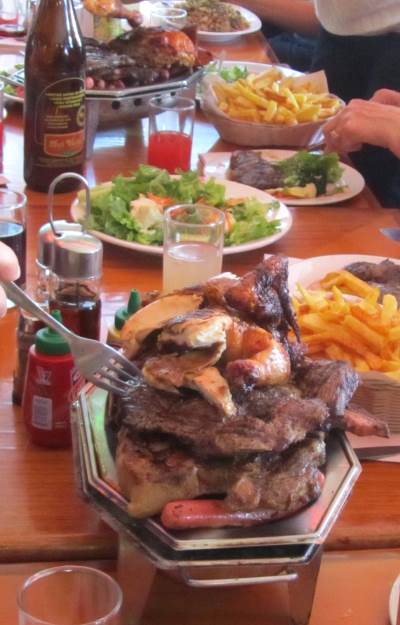 We celebrated Peruvian Independence Day in a Peruvian restaurant,
which served up a magnificent South American style "asado" (barbecue) 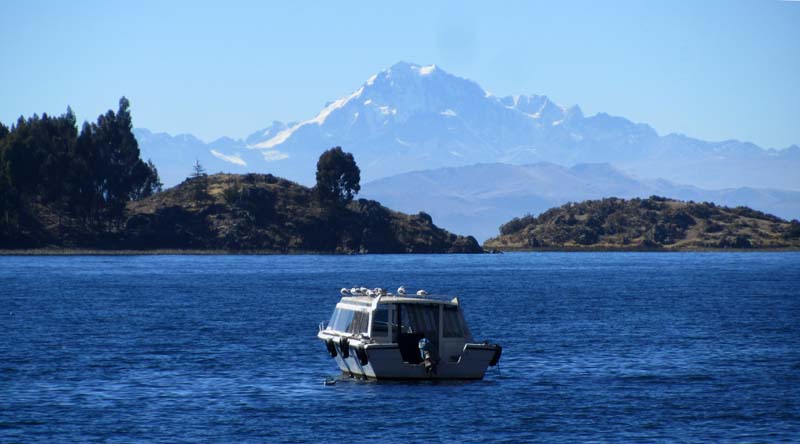 We were treated to a day out at Lake Titicaca: the water was blue,
the air was clear and mountains were all around. There's an account of the trip
in this post on the Brummies in Bolivia blog. 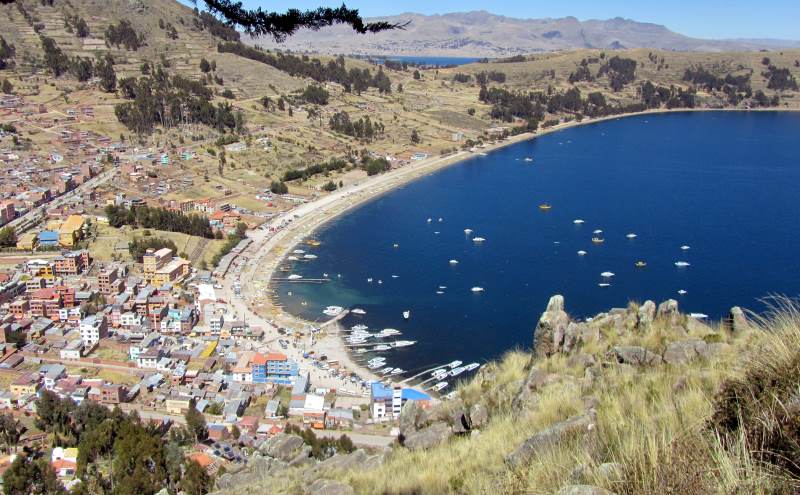 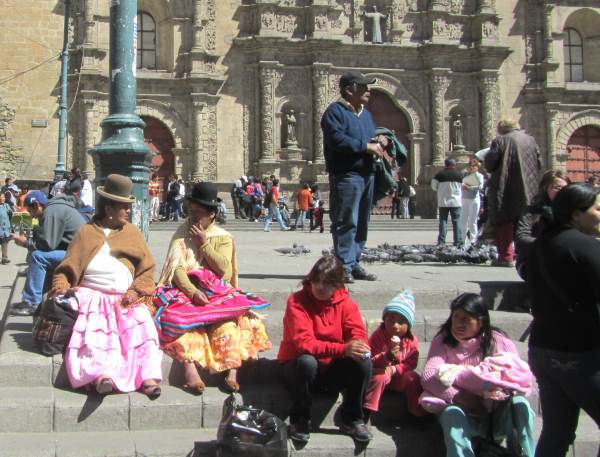 Back in the city, we saw many women wearing traditional clothes, including what look like bowler hats 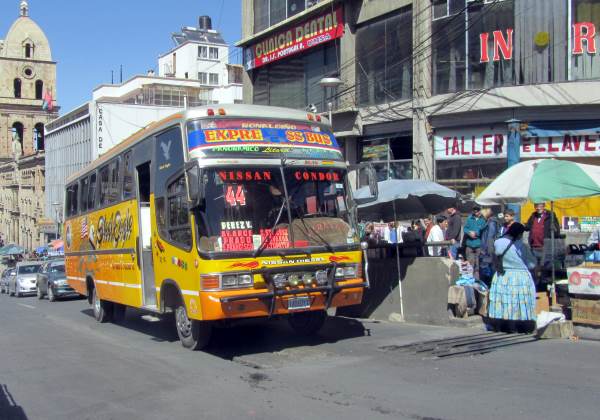 These small buses - "micros" - run here and in other Bolivian cities.
Taxis are also plentiful and, by European standards, cheap We spent an hour or so at a carnival run by Bolivia's universities.
We were amazed at the quality of the costumes and the energy of some of the dances,
all performed by students 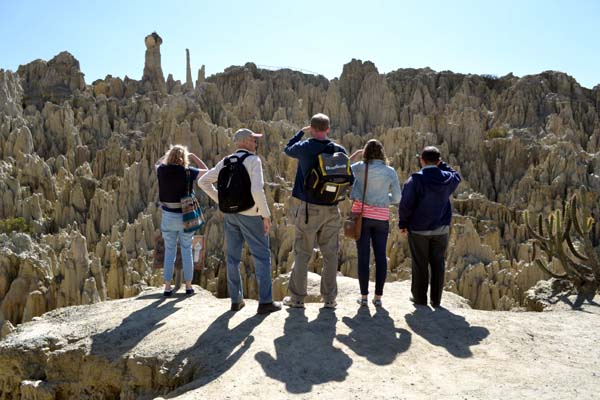 We saw more extreme geography at "Moon Valley",
where erosion has left this remarkable landscape 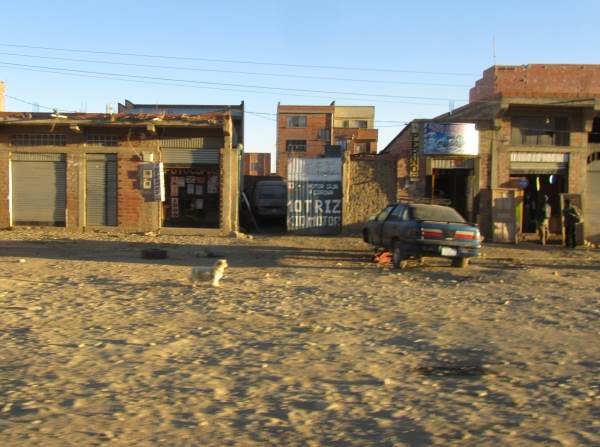 Although better-off Bolivians can live reasonably well, most people cannot.
El Alto felt like a huge building project where the money had run out 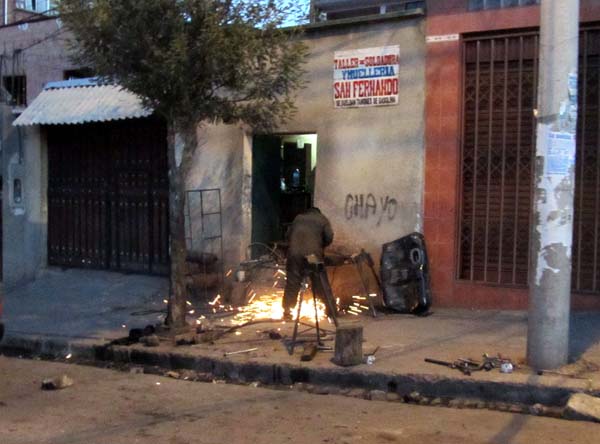 Life on the street: this one was full of car repair shops